The year is off to a great start, with franchises posting positive returns in the first quarter. In Q1-2019, franchise companies’ returns slightly outpaced those for Russell 2000, and were almost in line with those for the S&P 500. Non-food franchises significantly outperformed their food counterparts, with latter having lost a lot of market capital due to the recent spate of “go-private” deals.

FRANdata has been studying the trajectory of publicly-traded franchises for more than 3 years. FRANdex tracks the performance, based on market capitalization, of 62 U.S.-based publicly-traded companies operating under and generating income through the franchise business model. All index levels are normalized to 1,000 at Q1 2006 for comparison purposes, and all remaining periods are adjusted accordingly. 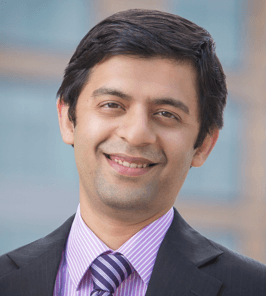 Ritwik’s expertise as a senior research analyst has allowed him to analyze the ins and outs of the operational and financial performances of hundreds of franchise brands.