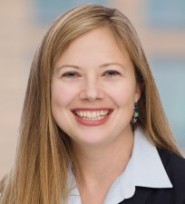 Edith Wiseman is a veteran of FRANdata. She has played a pivotal leadership role in the strategic growth of FRANdata’s Capital Access and Franchise Business Intelligence suite of solutions. As President of FRANdata, Wiseman is responsible for sales, product development, and market strategy. She strongly believes that FRANdata’s proprietary databases, braintrust, and best-in-class client base continue to raise the level of sophistication within the franchising industry.

Highlighted in Franchise Times magazine as a rising star in franchising, Wiseman has long been a key figure in understanding business model best practices. Her franchise financing expertise and work with the US Small Business Administration (SBA) has had a major impact in the amount of capital flowing into the franchise community.

Wiseman was recently named to the IFA Supplier Forum Board and has co-chaired the Women’s Franchise Network. She is a frequent speaker and has led industry roundtables as well as written articles for numerous industry publications.  Wiseman graduated from Dickinson College with a double major in German and Policy Studies with an International Concentration.  She earned the Marion Dexter Learned Prize for linguistic excellence in German.

We use cookies on our website to give you the most relevant experience by remembering your preferences and repeat visits. By clicking “Accept”, you consent to the use of ALL the cookies.
Do not sell my personal information.
Cookie SettingsAccept
Manage consent

This website uses cookies to improve your experience while you navigate through the website. Out of these, the cookies that are categorized as necessary are stored on your browser as they are essential for the working of basic functionalities of the website. We also use third-party cookies that help us analyze and understand how you use this website. These cookies will be stored in your browser only with your consent. You also have the option to opt-out of these cookies. But opting out of some of these cookies may affect your browsing experience.
Necessary Always Enabled
Necessary cookies are absolutely essential for the website to function properly. These cookies ensure basic functionalities and security features of the website, anonymously.
Functional
Functional cookies help to perform certain functionalities like sharing the content of the website on social media platforms, collect feedbacks, and other third-party features.
Performance
Performance cookies are used to understand and analyze the key performance indexes of the website which helps in delivering a better user experience for the visitors.
Analytics
Analytical cookies are used to understand how visitors interact with the website. These cookies help provide information on metrics the number of visitors, bounce rate, traffic source, etc.
Advertisement
Advertisement cookies are used to provide visitors with relevant ads and marketing campaigns. These cookies track visitors across websites and collect information to provide customized ads.
Others
Other uncategorized cookies are those that are being analyzed and have not been classified into a category as yet.
SAVE & ACCEPT