Expand, Acquire, Downsize or Hunker Down in 2016 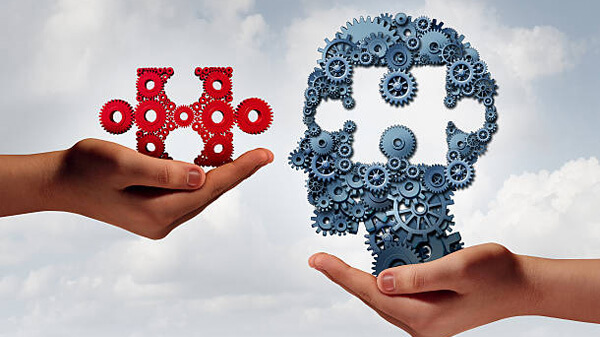 While we tend to evaluate economic activity one year at a time, economic activity does not function on that type of clock.  Trends stretch across several years and only reveal their implications when looked at in the review mirror.  However, such trends are important indicators of what is likely to come next, absent the occasional exogenous shock.  Let’s take a look at them and see what they suggest about 2016.

We are now approaching seven years of expansion.  It is the 6th longest economic expansion since the 1850s.  While that should give us pause about 2016, economic expansions don’t die of old age.  They are usually ended by some event.  In the 2000s it was the housing bubble.  Before that it was the dotcom bust and before that, real estate that led to the S&L crisis.  I am hard-pressed to find a looming economic shock.  No industries look like bubble candidates.  The stock market is fully valued but certainly not overvalued.  Capacity is well below pressure levels, hence we don’t have near-term inflation concerns.  Energy and commodity prices are not showing any signs of significant moves upward.  While we have unemployment near what most economists consider full employment, we are not seeing wage pressures at the lower skill levels and only modestly at the higher skill levels.  I believe a significant component of why are that the formal labor numbers do not reflect the real pool of job seekers and we have a big misalignment of skills vs. job openings.

Perhaps the foundation for a continuing expansion lies in how poorly this expansion has progressed.  I would characterize it as the best economic growth period that hasn’t felt good.  It’s hard to get excited about a recovery that has barely kept pace with population growth.  Absent a shock, it appears we are condemned to continue the slow, doesn’t feel very good, expansion of nearly a decade.

What could the exogenous shock be?  Ignoring wars and terrorist-type events that are not predictable, the world economy seems poised for decent growth so no shock there.  Domestic monetary policy could be a recessionary trigger but the recent rate increase was so over-predicted that the market was more relieved than concerned when it was actually done.  The FED has done about as much as anyone can expect to get the economy on solid footing.  Now it has to carefully extricate itself from that stimulus effort.  Historically, problems with the economy don’t start with the first rate hike.  The economy usually is pushed over the edge 6 – 12 months after a subsequent rate hike (which may be several rate hikes away).  That suggests to me that we are not likely to see a downturn in 2016 as the result of FED policy.  It would have to come from somewhere else.

Banking has been complicit in the last three triggers.  Based on hundreds of years of banking history in developed countries, we are in the final phase of a predictable pattern of behavior for banking following a financial crisis.  That phase, which started over a year ago, is marked by banks beginning to move out on the credit risk curve.  For franchising, that means that banks move beyond just doing deals with low risk, successful multi-unit operators and begin pursuing less experienced operators and first-time franchisees, albeit at tighter terms and higher rates.

Are banks setting the economy up for the next decline?  I think not for two reasons.  First, historically, the third phase lasts 3-5 years and is marked by competitive pricing for risk at the high end of the risk curve.   We are only a couple years into this phase and banks are still inching their way into deals on the high end of the risk curve.  Second, with each recovery banks get smarter on some level.  This time it was with understanding franchise credit risk information better.  No longer are banks relying on inaccurate and misleading SBA failure data or other arbitrary attempts to quantify franchise risk to make lending decisions.  Much better alternatives, such as FUND ratings and Bank Credit Reports, are available for lenders assessing franchise credit risk.

Finally, we have election cycles to consider.  There is a distinct pattern that has emerged over the past 15 election cycles that suggest a much higher probability of a stock market bottom in the second year of a presidential term, followed by an economic downturn.  In other words, the election year is usually an OK economic period with a greater likelihood of an economic downturn starting in the first or second year of a new presidential term.

Where does that leave us for planning purposes in 2016?  Expect a continuation of the slow, doesn’t feel good, growth that we have experienced so far during this long recovery.  While that isn’t exciting news, you’ve managed to grow nicely so far in this cycle so expect that success to continue for a while longer.

This was first published in Franchise Market.