Avoiding the Next Burgerim 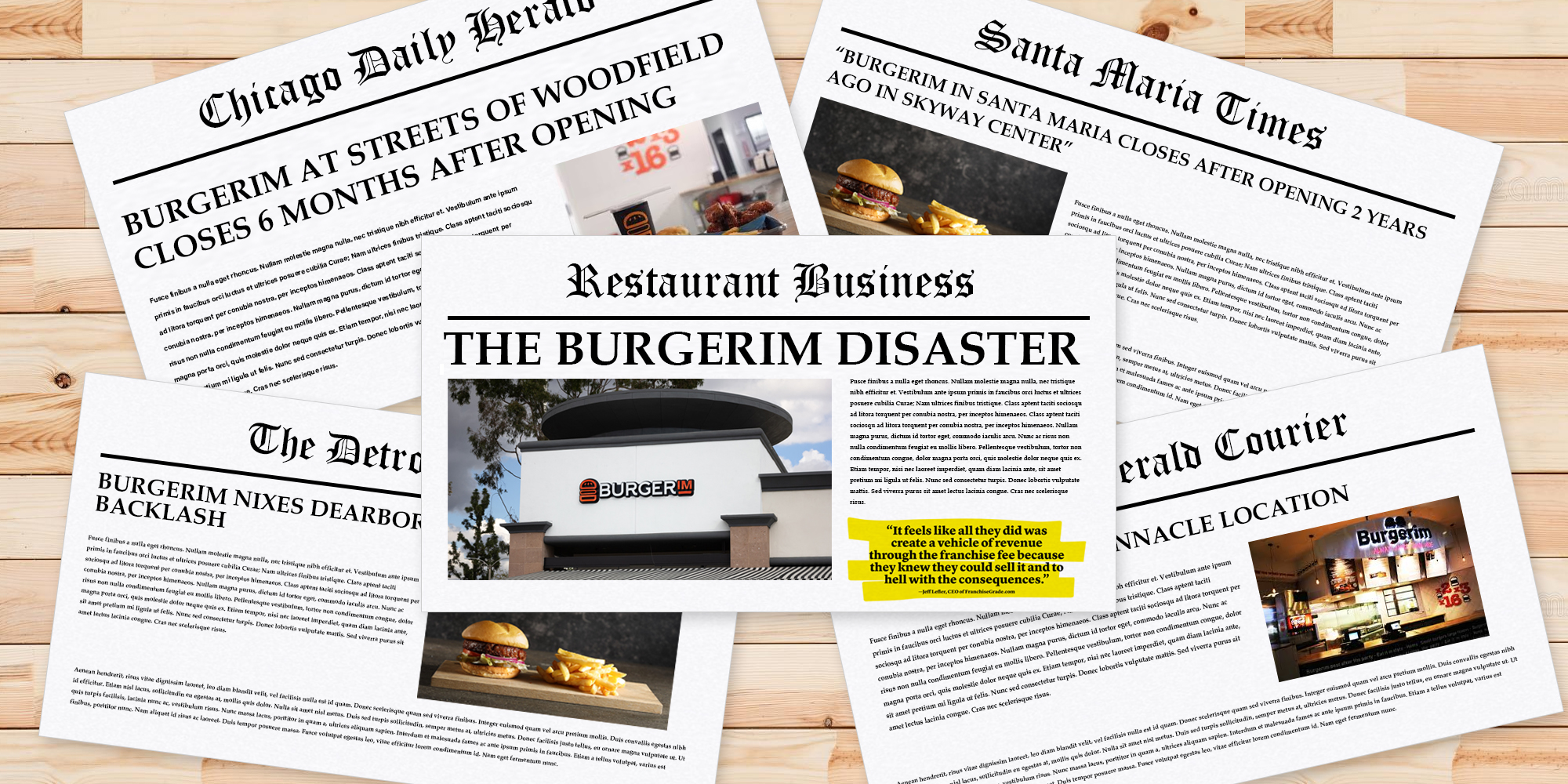 “Burgerim was once one of the hottest, fastest-growing brands in the U.S. Then its founder left the country, leaving behind a wreckage of unpaid workers, bankrupt franchisees and others struggling to make it work.”  – “The Burgerim Disaster” Restaurant Business Jan 17, 2020

Some 40 banks have more than $29M at risk of loss and it could have been avoided. All these loans are associated with one brand – a fast food burger concept called Burgerim. This brand’s seemingly meteoric rise could serve as a cautionary tale for lenders.

Burgerim is about to restructure and reorganize, which likely will involve a bankruptcy filing by the end of the month.  The resulting financial strains, management distraction, and operational problems put the stability and long term prospects of the franchise system in serious doubt.  A franchise system requires nurturing and with this much uncertainty it is likely franchisees are going to be much harder to convince it will work.

Were there early warning signs of problems?  Of course there were.  Regardless of the industry a business operates in, if it is a franchisor, it must perform the same functions as any other franchisor.  That commonality allows for a considerable amount of knowledge of what the balancing between growth and a solid foundation looks like.  Unless support keeps pace, growing too fast generally has been a risky proposition, as Blimpie’s, Dickie’s, Moes, pinkberry, and Quiznos can attest.  From no franchised units before 2016, Burgerim now claims to have more than 200 locations and another 452 franchise agreements signed.  That type of growth is extraordinary.  To successfully grow that fast, a foundation of training, field support needs to be combined with a very good testing of the unit model.  Were these things present?

Not all new brands are Burgerims, knowing how to pick the right emerging brands means having performing loans and good long term revenue streams. Every emerging brand starts in the same place. A few end up like Burgerim . Some do very well and most do OK.  All have characteristics early on that predict how they’ll eventually perform if you know what to look for and have the benefit of watching all of them.

FRANdata could have saved banks with exposure to the Burgerim brand a lot of money.  We saw this unfolding over two years ago.  Our subscribers understand the benefit of having access to in depth franchise underwriting analysis that they can find in a FUND report.  Schedule a time to meet with our Lender Support Specialist   and see what you would have found out about BurgerIM if you were working with FRANdata.