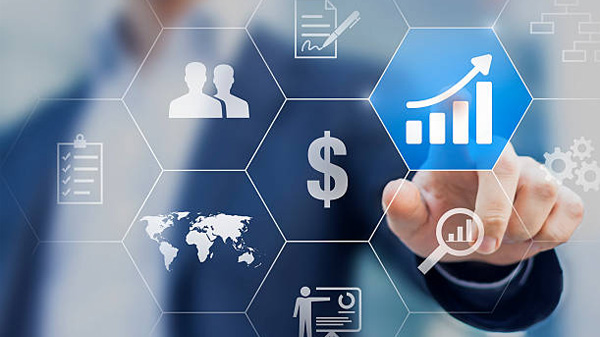 Serious challenges to the existing franchise business model are centered on labor issues.  While labor issues have both political and practical considerations, they all are focused on the same pool of people and it’s that pool that I’d like to address from demographic and economic perspectives.  As we know, that unemployment rate is quite low by historical standards.  We also know that it hides a lot of information that we should understand about labor trends so I looked at the underlying Bureau of Labor Statistics data.

My conclusion, from an economic perspective, is that the sheer size of the available for work labor pool will suppress unskilled wage rates well into the future, making minimum wage a continuing political topic even as the economy continues to improve.  The franchise business model should see two positives from that.  With a substantial need for unskilled and low skilled labor, the labor cost increases will be modest in relation to skilled labor wage increases, absent political intervention.  Yet it’s the political intervention that should lead to the other positive for franchising.  With the substantial unskilled and low skilled job creation capability along with its demonstrated labor training and skills-enhanced upward mobility , the franchise business model should be perceived as a powerful part of the solution in addressing issues surrounding job creation and worker economic improvement.

The relatively low August unemployment rate usually leads to wage escalation as a natural result of supply/demand.  Wage escalation is happening in the skilled job categories, the core of middle income households.  Yet we know that it is not happening in the unskilled ranks.  Why is that?  To try to answer that rather complex question, let’s look at some more data.  The 5.1% August unemployment rate translates to eight million people seeking work.  While that seems like a lot of people, in just the past 12 months it has decreased by 1.5 million people.  That would lead to a reasonable conclusion that the minimum wage issue, and perhaps other political labor issues, may become less of a political issue in aggregate, at least until we look further.

Then there are the number of persons employed part time for economic reasons (sometimes referred to as involuntary part-time workers).  That number was little changed in August at 6.5 million. These individuals, who would have preferred full-time employment, were working part time because their hours had been cut back or because they were unable to find a full-time job.

The final unemployment piece to the jobs puzzle are the 1.8 million persons in August who were marginally attached to the labor force, which also is down (by 329,000) from a year earlier.  These individuals were not in the labor force, wanted and were available for work, and had looked for a job sometime in the prior 12 months. They were not counted as unemployed because they had not searched for work in the 4 weeks preceding the survey.   Within that group, BLS estimates that there were 624,000 discouraged workers in August.  That group has also experienced improvement in the amount of 151,000 from a year earlier.  Discouraged workers are persons not currently looking for work because they believe no jobs are available for them. The remaining 1.2 million persons marginally attached to the labor force in August had not searched for work for reasons such as school attendance or family responsibilities.

I’ll try to add all these data up and see what they suggest for the political environment and franchising.  There are eight million people seeking work today and that trend has improved significantly in the past year, although it likely will slow down.  Inside that total are about two million people unemployed for less than five weeks, a large portion of which should be expected to be employed again soon, and a similar number unemployed for longer than six months, which one could assume have greater challenges finding employment for a variety of reasons.

Outside those eight million people are another 6.5 million part-time workers and 1.8 million people marginally attached to the work force.  From an employment standpoint, even if I assume that a relatively lower percentage of those seeking work for more than six months have less appeal I still have at least seven million job seekers.  Adding the majority of part-time workers seeking full-time work gets me to an employment pool of at least 13 million people.  Categorizing the rest of the long term unemployed and marginally attached as a reserve pool adds another 3 million or so potential workers.

If it continues to be a long term issue, why isn’t franchising being considered part of the solution?  I think the missing piece is we are not collecting the right labor information to prove the very points we know to be true – franchising creates jobs, trains unskilled workers and helps low skilled workers move into the middle class.  This reality is quite the opposite of the common perception of franchising being a dead-end hamburger flipping job machine.   It’s time to get the data to prove our message is aligned with our actions.

« Outcomes and Causes
The New World of Franchise Information »